The land on which we live

The Port Phillip and Western Port region covers around 1.28 million hectares, or 5.6 per cent of Victoria.

The urban area currently covers around 172,000 hectares or 14 per cent of the region. It contains over 5 million residents as well as the infrastructure, open space and natural areas that they need.

Around 44 per cent of the region is used for agriculture. A further 42 per cent is under native vegetation on private land and on public land in reserves, parks and water supply catchments.  Much of the region’s food, water, timber, building stone and sand supplies come from its rural areas. Protecting these primary industries and habitat for native species, natural areas and scenic landscapes is an important aim for the region’s green wedges and surrounding rural land.

Around 44 per cent of the region is currently used for agriculture and green wedges and around 42 per cent is native vegetation including the large parks and water supply catchments. Much of the region’s natural resource production comes from the rural and vegetation areas, including food, water, timber and minerals. Rural areas also provide habitat for native species, recreational sites, protected natural areas and scenic landscapes.

The rural and urban land in the region includes around 300,000 hectares of public land – a network of eight national parks, six state parks and numerous regional, metropolitan and local parks, conservation reserves and coastal reserves, historic and cultural sites, road reserves and waterways. The parks include the closed catchments that supply Melbourne’s water. Other areas supply timber and other forestry products. Social and environmental benefits of public land and open space include opportunities for recreation, tourism, nature conservation and protection of biodiversity, culture and heritage.

By 2030, the population is forecast to grow by a further one million people which will place pressure on rural land outside the Urban Growth Boundary for conversion to urban use. The proximity of green wedge and peri-urban land to Melbourne makes the range of land uses competing for space some of the most contested in the state.

Land use across the region

The map and table below provide an estimation of the broad land use across the region – categorised as agriculture, native vegetation or urban. The information is drawn from the Victorian Land Cover Time Series data developed by the Department of Environment, Land, Water and Planning for the period 2015-19.

As Melbourne grows, planning for green wedges and peri-urban areas is particularly important to:

Key challenges and drivers of change

Over the past decade, Melbourne has added more than 800,000 new residents and by 2051, the population will have grown from 4.5 million today to almost 8 million.

To remain liveable our region must avoid the temptation to sprawl as it grows. Melbourne’s green wedges and peri-urban areas must be properly managed so that valued features and attributes are protected. A balance must be maintained between the needs of the community, the economy and the environment.

Melbourne’s green wedges and peri-urban areas are immensely important to the state’s economy, community and environment and support a wide range of non-urban land uses and activities. Some of Victoria’s most productive agricultural land is located within these areas. Other productive non-urban land uses include natural resource extraction, tourism, airports, water treatment plants and waste and resource recovery operations.

The area of the 19 individual land use types over the past 30 years, including for each of the Local areas, can be viewed at the Land use data page.

Climate change has resulted from decades of unsustainable human activity. As most people now live in urban centres, cities and urban activities are the greatest contributors to climate change.

If rapid urbanisation of our region continues, the effects of urban heat islands, decreasing tree canopy cover and reducing water resources will be felt by many. the threat and impacts of sea level rise, with an extensive coastline and areas of low-lying land.

Access to resources such as water, land and energy will affect how and where businesses and people locate and operate.

As we experience more frequent storm and flash flooding events coupled with sea level rises, more land and properties along rivers and in coastal areas in our region will be impacted.

Protecting Melbourne’s biodiversity and natural assets is essential for remaining a productive and healthy city.

To grow jobs and create accessible, affordable and attractive neighbourhoods, Melbourne needs to take advantage of the land it has available for renewal in the city and suburbs. Increasing the number and diversity of jobs closer to where people live – in places such as suburban employment clusters, health and education precincts and industrial precincts – will help make Melbourne more productive and competitive.

Although the city’s transport system has sound foundations, it is coming under increased pressure from growth. By 2050, Melbourne’s transport network will need to handle up to an extra 10 million trips per day. Congestion and overcrowding is already an issue on parts of the road and public transport network, particularly at peak times.  Ongoing investment in transport infrastructure will boost rail and road capacity to meet the transport challenge, boost productivity, conserve energy, curb greenhouse gas emissions and protect liveability.

Plan Melbourne 2017-2050 is the metropolitan planning strategy to manage Melbourne’s growth and change over the next three decades. As part of its implementation, Land Use Framework Plans are being developed to guide strategic land-use and infrastructure development for the next 30 years for the following six metropolitan Melbourne regions:

The Victorian Planning Authority manages the development of Precinct Structure Plans (PSPs) for Melbourne’s urban growth areas, which are master plans for local areas that usually cater for between 5,000 to 30,000 people, 2,000 to 10,000 jobs or a combination of both. PSPs provide more specific detail regarding how existing important features of local communities such as roads, shopping centres, schools, parks, key transport connections and areas for housing and employment may evolve or transform over time and become better integrated.

The Victorian Government has also developed Open Space for Everyone as a blueprint for planning and managing Melbourne’s open space network. It aims to foster coordinated decision-making and action by governments, Traditional Owners, communities, researchers and business to protect existing open space and use a wide variety of public lands for new parks and trails.

Planning for Melbourne’s green wedges and agricultural land is underway by the Victorian Government to ensure these areas are protected and supported for future generations. The Government’s intention to permanently protect Melbourne’s green wedges and vital agricultural land from inappropriate use and development remains strong and community consultation has been undertaken to determine priority ways to achieve this. Implementation of planning reforms is expected to commence in the second half of 2021.

The Catchment and Land Protection Act 1994 provides for the management of extractive industries within catchments, including revegetation of quarries and mines after they have ceased operation. The Helping Victoria Grow: Extractive Resources Strategy outlines the Victorian Government’s approach to secure and manage reliable future supplies of sand, clay, rock and gravel for building and road construction.

Traditional Owners are the voice of their Country

Vision and targets for the future

Plan Melbourne 2017-2050 has a broad vision that “Melbourne will continue to be a global city of opportunity and choice” and includes policies and directions to:

The Open Space for Everyone Strategy has a vision that:

Melbourne is a city in nature with a flourishing and valued network of public open space that is shared and accessible by everyone.

Contributing to these visions, a broad target for this region regarding land use is: 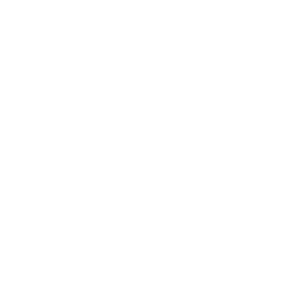 Broad land use in the region is comprised of 42% native vegetation, 44% agriculture and 14% urban.

While planned urban development progresses in the region, the extent and quality of native vegetation, significant landscapes, cultural heritage values and environmental assets are retained. Water supply catchments, state significant infrastructure, extractive resources, open space areas and agriculture are carefully planned for and protected. Sufficient extent and quality of native vegetation and agriculture is retained, including in the Green Wedges, to support healthy ecosystems and agricultural industries.

While planned urban development progresses in the region, the extent and quality of native vegetation, significant landscapes, cultural heritage values and environmental assets are retained. Water supply catchments, state significant infrastructure, extractive resources, open space areas and agriculture are carefully planned for and protected. Sufficient extent and quality of native vegetation and agriculture is retained, including in the Green Wedges, to support healthy ecosystems and agricultural industries.

The following organisations formally support the pursuit of the visions and targets for land use. They have agreed to provide leadership and support to help achieve optimum results with their available resources, in ways such as:

Add your organisation as a supporter and partner

Have your organisation listed as a supporter and partner

There are significant ongoing planning processes, programs and initiatives involving many organisations in this region that are vital for the management of land use and are priorities to continue. In addition, there are numerous project proposals that, if funded and implemented, can contribute to achieving the Regional Catchment Strategy’s visions and targets. Project proposals include:

A list of project proposals across the region and their key details can be viewed on the Prospectus page of this Regional Catchment Strategy.

As part of the ongoing development and refinement of this Regional Catchment Strategy, additional priority projects may be considered for inclusion in the Prospectus.

If your organisation supports the directions and targets for land use, and has a project it would like highlighted and supported in this Regional Catchment Strategy, submit a Prospectus Project Proposal.