Groundwater is water that is found below the surface of the ground.  It may be out of sight, but it is a highly valuable resource which supports various economic, environmental, cultural and social needs of our region and community.

Groundwater mainly comes from rainfall and is stored in aquifers (layers of fractured rock, gravel, sand or limestone below the ground surface) when the water seeps from the ground surface down to the water table directly or from rivers, lakes and wetlands. The slow discharge of groundwater from aquifers to some rivers, lakes and wetlands is a critical part of their continuous supply of water.

A growing demand for groundwater combined with periods of low rainfall has led to increased regulation and management of groundwater resources.

The Department of Environment, Land, Water and Planning (DELWP) is the authority responsible for State policy, resource appraisals and the State Observation Bore Network. DELWP has led the development of:

The framework of groundwater management boundaries enables the identification of Groundwater Management Units (GMUs) – areas of groundwater with significant use/value or that are subject to particular risks. Each GMU has a cap on the amount of groundwater that can be extracted from it, called a Permissible Consumptive Volume (PCV). The PCV establishes the upper limit of entitlements for that GMU.

Groundwater licensing and management in the Port Phillip & Western Port region, and indeed across all of southern Victoria, is led by Southern Rural Water.

Southern Rural Water has produced the Port Phillip and Western Port Groundwater Atlas providing an overview of the location, use, condition and management issues for groundwater resources in this region, and has in place the following local management plans and groundwater catchment statements for the GMUs in this region:

Groundwater in this region today

The Port Phillip and Western Port Groundwater Atlas outlines a simple grouping of aquifers according to when they were formed and the depth that they generally occur.

The atlas also identifies four groups of groundwater users based on what they use groundwater for and the type of aquifer they are most likely to access.

Groundwater use is concentrated in 11 areas in the Port Phillip and Western Port region, 10 of which are identified as Groundwater Management Units (GMUs). The locations and key information regarding each of these areas is outlined in the map and table below.

For most GMUs, the annual metered use of groundwater is well below the permissible volume. This indicates that, although there are limited opportunities for new entitlements, there is significant potential for trading of groundwater entitlements between users in that area. Overall within the region in 2018-19, approximately 70% of licensed entitlement was unused.

In addition to the licensing and metered use of groundwater, it should be noted that the occupant of a property has a right to extract groundwater for domestic and stock (D&S) purposes including household use, watering pets and livestock, watering a kitchen garden and watering a limited area around buildings for fire prevention.

While there are a high number of D&S users, they generally access small volumes. Southern Rural Water’s Groundwater Atlas estimated there were approximately 8,500 D&S bores registered in the region since 1980 using an average of 1.3 ML/year in rural areas and 0.2 ML/year in urban areas. This amounts to a total estimated D&S use across the region of approximately 6,500 ML/yr

The atlas estimated in 2014 that groundwater use in this region was valued at around $50 million per year. The current value is likely to be higher than that estimate.

The sustainability of groundwater is also important as it provides a significant role to support groundwater dependent ecosystems (GDEs). This includes providing baseflows to rivers during summer months, supporting wetlands and providing deep pools that act as drought refuges during drier times.

Further information can be explored at the Bureau of Meteorology Groundwater Dependent Ecosystems Atlas and the Visualising Victoria’s Groundwater site.

Changes in climate can impact groundwater levels in two ways – lower rainfall results in less recharge and higher temperatures increase the rate of evapotranspiration. On average, approximately 10% of rainfall becomes recharge to groundwater. This means that during periods of low rainfall or drought groundwater levels can decline, especially in areas where water is extracted for use.

Around 22,000 D&S bores have been registered in Southern Victoria since 1980. During the late 1960s, early 1980s and mid 2000s there was a spike in the number of D&S bores being drilled. This suggests that groundwater is seen as a backup supply in periods of drought. Groundwater bores have become increasingly popular in Melbourne’s eastern suburbs as an unrestricted, fit for purpose alternative to reticulated water.

Urbanisation has the potential to impact on groundwater recharge by reducing the amount of natural permeable surfaces such as grasslands and increasing non-permeable surfaces such as concrete and other paved surfaces. This can in turn result in reduced discharge to groundwater dependent ecosystems such as rivers and wetlands. In densely populated urban areas there is also a higher risk of pollution.

Targets for the future

The following targets are proposed to achieve long-term sustainability and maintain the value of the groundwater resources in this region.

Progress toward this target will be monitored primarily using information developed and published by Southern Rural Water.

Target 4.1 – Groundwater supply and use 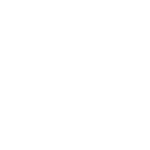 Groundwater licences and annual use are well within the Permissible Consumptive Volume (PCV) for each Groundwater Management Unit (GMU) in the region.

Groundwater licences and annual use kept within the Permissible Consumptive Volume (PCV) for each Groundwater Management Unit (GMU) in the region.

Groundwater licences and annual use kept within the Permissible Consumptive Volume (PCV) for each Groundwater Management Unit (GMU) in the region.

Groundwater quality in each Groundwater Management Unit (GMU) in the region is at a sufficient standard to enable groundwater use.

Groundwater quality in each Groundwater Management Unit (GMU) in the region maintained at sufficient standard to enable ongoing groundwater use.

Groundwater quality in each Groundwater Management Unit (GMU) in the region maintained at sufficient standard to enable ongoing groundwater use.

The following organisations formally support the pursuit of the Regional Catchment Strategy’s visions and targets for groundwater. They have agreed to provide leadership and support to help achieve optimum results with their available resources, in ways such as:

Add your organisation as a supporter and partner

Have your organisation listed as a supporter and partner

There are significant ongoing programs and initiatives undertaken by many organisations in this region that are vital for managing groundwater and are priorities to continue. In addition, there are numerous project proposals that, if funded and implemented, can contribute to achieving the Regional Catchment Strategy’s visions and targets. Project proposals include:

As part of the ongoing development and refinement of this Regional Catchment Strategy, additional priority projects may be considered for inclusion in the Prospectus.

If your organisation supports the directions and targets for groundwater, and has a project proposal it would like highlighted and supported in this Regional Catchment Strategy, please complete and submit a Prospectus Project Proposal.